Using the blockchain in Parenting 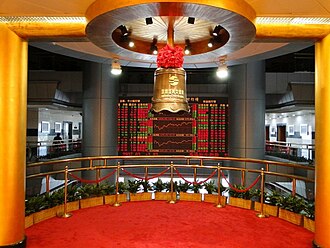 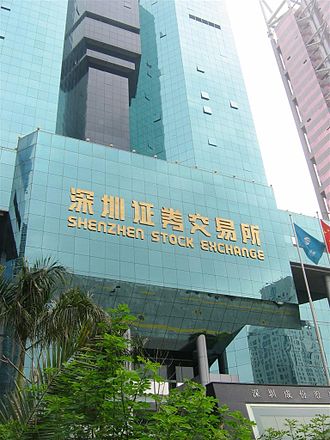 On November 22nd, 1990, the first transaction bell of Chinese security market rang. This is the opening bell of the stock market.

The Shenzhen Stock Exchange (SZSE; Chinese: 深圳证券交易所) is a stock exchange based in the city of Shenzhen, in the Peoples Republic of China. It is one of two stock exchanges operating independently in Mainland China, the other being the larger Shanghai Stock Exchange. It is situated in the Futian district of Shenzhen.[3] With a market capitalization of its listed companies around US$2.504 trillion in 2019, it is the 9th largest stock exchange in the world, and 4th largest in East Asia and Asia.

On December 1, 1990, Shenzhen Stock Exchange was founded.[4] In January 1992, Deng Xiaopings Southern Tour saved Chinas capital market and the two stock exchanges (the other is Shanghai Stock Exchange).[5][6] In July 1997, the State Council of China decided that the Shenzhen Stock Exchange would be directly managed by the China Securities Regulatory Commission.[7][8] In May 2004, the SME Board was launched.[4] In October 2009, the ChiNext market (Chinese: 创业板) was inaugurated.[4]

Many of the companies within this market are subsidiaries of companies in which the Chinese government maintains controlling interest.

The Shenzhen Stock Exchange building is a skyscraper with a height of 245.8 metres (806 ft) and 49 floors. Its construction started in 2008 and was finished in 2013.The building was designed by Rem Koolhaass firm, the Office for Metropolitan Architecture.[14] The building is located at 2012 Shennan Blvd., Futian District.[3] With an area of 200,000 square metres, five high speed elevators and a futuristic design, the partners involved in the design and construction of this sky scraper included Rem Koolhaas, David Gianotten, Ellen van Loon and Shohei Shigematsu [15][16] and construction by The Second Construction Co., Ltd of China Construction Third Engineering Bureau, a subsidiary of China State Construction Engineering Corporation.

Tell us about you

Find us at the office

Give us a ring

This website uses cookies to improve your experience. We'll assume you're ok with this, but you can opt-out if you wish.Accept Read More